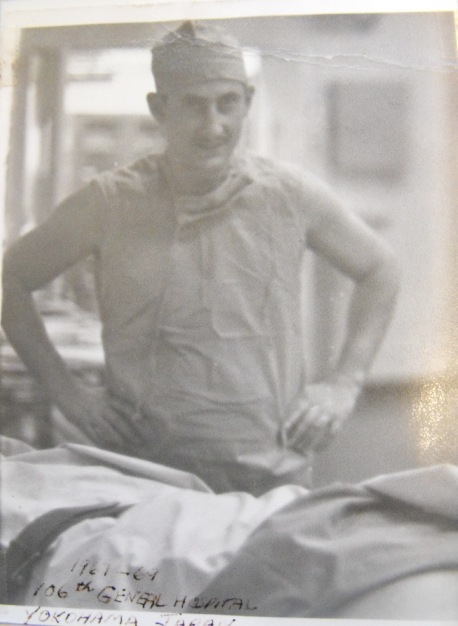 My father died on May 9, 2012 at 79 years of age, having lived a full life. Maybe he could have lived longer with a better diet, more exercise, more money, and less stress - those factors may have given him a boost and added a few more years onto his life. But I will never know the answer to that question. What if circumstances were different? Would that have changed anything?

My father would have said "no."

His uncle Will died abruptly of a heart attack when he just graduated medical school, sometime in the late 50’s. My father went to Fordham University, where he was a pre-med student and then to Rome for 6 years to study medicine. He would look back upon those years with fond memories, recalling how hard he worked to become a doctor.

I don’t think any of his accomplishments from his standpoint measured up to that accomplishment of finally becoming a doctor, his entire family awaiting his arrival on the shores of NYC as his boat came in from Rome. Perhaps his biggest medical lesson was learned from the abrupt departure of his beloved Uncle – you never know when your time is up. The fact that he was able to live as long as he did he would consider a blessing against all of the lost lives he saw as a doctor, those who went prematurely due to illness, casualties of war, or tragic consequences.

As it is hard to get a handle on any human being who has lived life and who has seen it into their later years, my father’s legacy to me was not an inheritance nor material things passed down. It was his general wisdom, it was his kind patience, it was his fatherly love that will endure.

Over the years, my father wrote a trove of letters, many of which I saved, expressing his perspectives on life. There is no one letter that stands out and many of them I have not reread. I thought this might be a good time to explore them further   I will start rereading his letters and what’s worth sharing I will share, filling in the details of what I can recollect along the way.