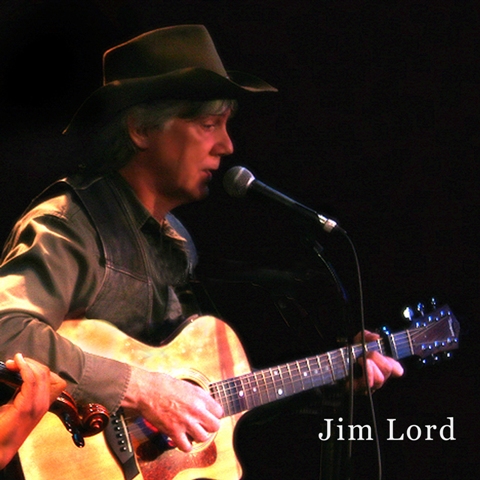 Jim Lord's story is a hero's journey—one fraught with obstacles as he has made his way through the world of song. Today his passion for making music is as strong as ever. I ran into Jim at Ask Tamara's Health Food Store in Warwick, and we sat down for some straight talk on music, art and his life.

I first met Jim at an art exhibition where his photos of the native people of Guatamala and Nicaragua were on display. "I went there in the late ‘80s during the Contra War and Guatamelan conflict, first to Nicaragua on a fact-finding mission and then to Guatemala with a contingent of doctors. I photographed people who lived in poor rural conditions amidst war-torn life. I wanted to capture that piece of humanity. I've always wanted to capture true emotions. You can say that my music deals with the real thing as well. Real people with real stories."

I soon learned that Jim is equally passionate about making music, discovering the parallel between his photography and the stories he tells as a songwriter. "Real music lies in the folk, the small towns, and the stories that come out of these places." After listening to Hangdog Heaven, a 1999 release, I decided I wanted to feature Jim in a concert. In November of 2009, I acted on that desire, casting Jim, along with Loretta Hagen and Chip Murray, as featured performers at Quad Studios in Greenwood Lake, NY. Jim shined, playing alongside bass payer Dave Edwards and violinist E’lissa Jones.

He displayed his adept and precise finger style playing while reprising many of the songs I came to love when I first listened to that CD. It was during this experience with Jim that I learned about his professionalism; he continually reached for perfection in preparation, performance, and post-production.

Commercial success has been elusive for Jim, however." In 1982, my first album Inside Out was one of Billboard's top albums, and my phone was ringing off of the hook. Stage fright became a major obstacle to my career. The attention was overwhelming." Today he acknowledges the music business has changed. CD sales are not what they once were, and what's hot is driven by the young. "I can't be bothered with whether CDs are going to sell. It's a youth-oriented society, and I feel comfortable being on the fringe."

Jim has done many things to support himself to keep playing his music. Like most artists with true vision, he’s resorted to factory work, truck driving, carpentry, photojournalism, anything to put food on the table, a roof overhead. But he is not apologetic about a way of life he chose long ago. "Ultimately you have to be true to yourself. Being an artist requires great sacrifice. It's what you are saying along the journey." Jim was influenced and inspired by many musicians, including Sam Cooke, Gary Bonds, Ray Charles, James Taylor, Bert Jansch, The Pentangle and Tom Waits. His style reflects these influences: strong lyrics and song writing, precise guitar playing, with a soulful delivery.

Jim's journey began in Jersey City, NJ, then Lodi, before his family settled in Fair Lawn. "Lodi was mostly an Italian neighborhood and Fair Lawn was a place you could get great bagels.” In the 6th grade, Jim started studying the guitar. "Bob Dominick was my first teacher. He told me that if I practiced half an hour a day I would do fine and he was right." Formal study, however, was not in the cards."I never even saw the inside of a high school. When I was in first grade, I somehow knew school wasn't for me. I remember taking a standardized test and just filling in the bubbles. If I wasn't interested in something, I couldn't be bothered. So most of what I learned, I taught myself."

It wasn't until after he got out of the Marines in the late ‘60s that he became more serious about his future. "I used the GI bill to go to New Jersey Institute of Technology where I studied electrical engineering for a year after getting my GED and educating myself in math. But I decided that engineering wasn't for me and took another path. I enrolled in a photography school and ended up working as a newspaper photographer at several newspapers—the Daily Record, The Herald News, Associated Press, and United Press International. Meanwhile I kept playing my music.” 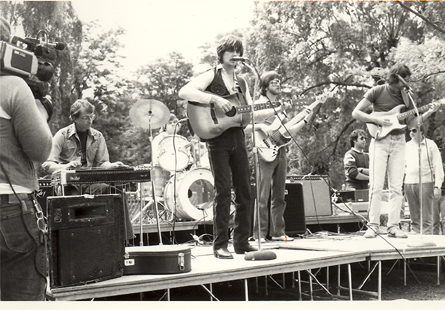 Jim moved to Warwick in 2004. He worked as a lighting director at Mercedes Benz for a period of time. "I had a full-time job there, but I'm not the corporate type. Yeah, it was good money but who wants to get locked in? Who wants to put all of their eggs in that basket? It's what I call the golden handcuffs." 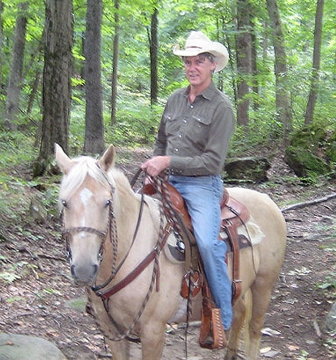 Today, Jim lives in Pine Island on 11 acres with his border collie Coby, two horses he adores—12-year-old Cotton and 20-year-old JD Long Shot—and a lifestyle that has provided him with a way to keep up with his music. "I don't want to hit the lottery. If I did hit, I would have to give most of it away. It's dangerous to have a lot of money."

When I pressed Jim on a favorite song of his, he said, "I'm attached to whichever one I'm working on." Then he rattled off some of his favorites, classics like "You and Me," "Helplessly I Fell," and "Saddle River." But for the most part, Jim is reticent to talk about the meaning of his songs, leaving it to the interpretation of the listener. "What do the songs make you feel? You tell me what my music is about. What does it evoke?"

Jim, like heroes who have overcome trials in the best stories, has found what he calls "true success." It's not recognition; rather, it’s in the self-awareness and peace and calm that he has found, guided by an understanding that he is where he is supposed to be at this time in his life, a place where he can say, "I've arrived."

Learn more about Jim and his CDs at www.jimlord.com.