Up Front with Sharon Linnea, author of new book, Plagues of Eden 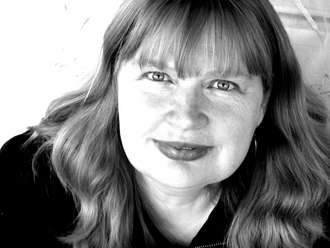 On August 30, at Ye Olde Warwick Bookshop (2 - 4 p.m.) in Warwick, NY, authors Sharon Linnéa and B.K. Sherer will read from and sign copies of their new novel, Plagues of Eden, as well as raffle off a basket of Paris, West Point and wine-themed prizes. Plagues of Eden is part of their new trilogy that picks up where they left off in the thrilling adventures of their Eden Series.

So as summer careens to an end, tell me what’s happening with you.

It’s been a busy time of year for me. I have a son who is going back to college at Suny Plattsburgh and a daughter who is a senior at Warwick Valley High School. With 2 dogs and 3 cats and a new book coming out, it’s a little bit crazy.

How long have you been writing the Eden series?

Chasing Eden, which was the first to come out, was published in 2006. Then there was Beyond Eden and the Treasure of Eden.  So about 8 years.

Is Plagues of Eden the 4th book in the series?

Yes, and  it’s the first book of a new trilogy. So it’s a good point for a new reader to jump in.

Hopefully better than the first one in that second trilogy. (Sorry, Phantom Menace!) 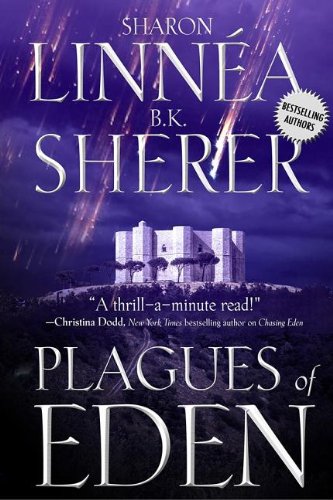 What in part defines this new trilogy?

Although not much time elapses between the two trilogies, we now find our protagonist, Chaplain Jamie Richards, stateside at West Point. She is married—but not exactly settled. What also marks the break is the fact that we get inside the head of her husband, the mysterious Sword 23—as well as a large mélange of bad guys and good guys, of course.

What are some of the highlights of the book?

There is a madman who is about to unleash the 10 deadly plagues of ancient Egypt. Jamie is called in to help and has to fly around the world to stop the infamous people who are doing it. The book also gets into winemaking, which we had a great deal of fun researching—not only Napa, France and Italy, but in China as well! Check out the trailer and you'll get a sense of the adventure you are in for.

How does wine come into play?

One of the characters is dangerously delusional. However, he is able to create a fantastic grape, and wine, to win the heart of the woman he loves.

That sounds interesting. So how has publishing changed since your first book?

Tell me a little about B.K. Sherer and your collaboration with her.

She’s a Presbyterian minister and an active duty Army chaplain. She’s also very good at what she does. She’s currently stationed at West Point, and even though she often works 7 day weeks, it’s been a treat to have her not only here in the U.S. instead of deployed, but in the same time zone! And a drivable distance! But I know not to get too attached to the current situation. But because she also has a “day job,” we need to work around her schedule.

When we are working, we first hammer out the outline. Then she takes characters and I take characters, and we work through a first draft. Obviously, she takes the military characters. I eventually do a final edit to make sure the voice(s) are consistent and that the narrative flows.

There is nothing better than a good collaborator. It becomes effortless. But it’s also  very challenging when you are writing a lot of facts and trying to get inside someone’s head. Writing with a co-author is very much like a marriage, in which you both  have to be willing to give more than 50%. It’s more like each has to give 90%.

What’s your background? Have you always been a writer?

I have a background in publishing. I worked for 3 major book publishers, as well as 5 national magazines. It taught me to really value a good editor, and I’m sure grateful for ours!

You also teach a writing workshop with author Matthew Field.  What is the gist of the workshop?

The Book Inside You is a weekend workshop with two parts: first, to figure out exactly what you’re writing and how to finish it, and second to figure out your best personal path to publication and how to break the process down into do-able steps.  The next one is in November.  We keep them small enough to be personal. If anyone is interested, he or she should email me at This email address is being protected from spambots. You need JavaScript enabled to view it..

Do you have any writing advice?

First, take your craft seriously. Work on continuing to improve.

Second, put your butt in the chair. There’s no way around it.

Third, allow yourself a horrible first draft, but finish the whole draft before you edit. I can’t tell you how many people have a first chapter they’ve re-written 53 times, and nothing else!

For more info about the authors and the book, go to http://www.edenthrillers.com/ 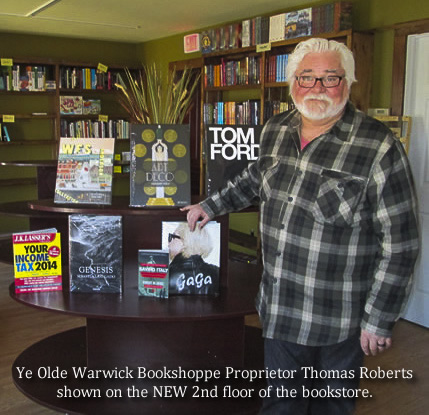 What’s not to love about a bookstore in any community, but we are more partial to Warwick’s very own Ye Olde Warwick Bookshoppe. Proprietor Thomas Roberts is a Ye Young Jolly Good Fellow, sharing his perpetual optimism and generosity with the community at large.

While independent bookstores are shrinking from the face of the planet, Roberts is expanding his operation, adding a second floor along with a new children’s section. Building a new staircase and adding more book shelving has alleviated some of the pressure from the overflow of books breaking out from their main floor. Like Manhattan, there is nowhere to go but up.

At this quaint shoppe, it’s a pleasure, on a regular basis, to discover new books and great displays. Go in around any holiday or special weekend and you will see what we mean. A center table of books, pertinent to the season or holiday, always awaits you. Then there is the bookstore’s ongoing support of local authors whose books are clearly visible, authors whose talent and voices are waiting to be shared with you! Get involved with their monthly book club or just come for a good browse. There is room for all.

On April 19th and 20th, all day long,  Roberts invites you to come out and celebrate the bookstore’s second anniversary for their “2 Years, 2 Floors, 2 Day Anniversary Sale” with 25% off of anything in the store. Don’t miss out and say hello!

Writing into an Abyss 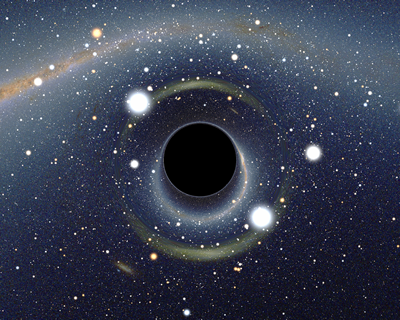 Each time I write, it’s always the same. I start on a blank page with a subject in mind and proceed, sometimes not knowing where I’m going or whether I’m equipped to make the journey, but going anyway.

It’s on this journey that I find my way, the journey of a thousand miles beginning with the first step, those first thoughts that become the stepping stones to the next leg of the journey.

I like to use the metaphor of ‘journey’ to refer to the writing process, for writing, like life, resembles a ‘journey’, where there is an element of uncertainty, adventure and difficulty. There are all kinds of gradations that force you to move at different speeds, depending on which plane you are traveling – up, down or on flat surfaces. Sometimes you find yourself accelerating; other times, stuck in the mud. It can be a real roller coaster ride or like driving a bumper car in circles, going front and back, bumpety bump, returning you to just about where you started.

When you begin writing, in whatever mode or method you start out, you make your way forward, down the page, word over word, paragraph by paragraph, in no exact order, to realize that you have advanced because you have kept at it, if for no other reason, than persistence.

Persistence is a thread that keeps things going, but it is not the glue that adheres the whole. That’s where vision comes in, where purpose helps drive the ship, even if you are writing into an abyss.

You might say that there is an inner logic only you can understand when you are writing. How that logic appears on the outside depends on how attuned you are to your audience, where they’ve been and the truth that resonates between you and them.

As a writer, all I really care about is now because if I start to focus on the end, whether it’s the end of a sentence or the end of a story, it is like projecting into the future, which is hard to predict, especially if there is no precedent or pattern to which you can look. Take away the surprise, the mystery of the future, and why bother?

As your journey is underway, time somehow forgives you for moving in all directions, which is a given for this writing life and its elastic nature and how it bends to fit the new landscapes that you create going between the past and the future while trying to stay present. Time is always a factor, a constraint to some extent, but a necessary element that is part of moving forward.

I repeat. You must go back to move forward. And vice versa.

When you realize that you only have so much time, whether it is time to get published or time to wrap it up or time to put it away or time to make a living or the many other myriad uses of time, time has the final say, stepping in to bring things to an end.

It is a weird feeling to be writing into an abyss, with no agenda per se, except to advance and hope for the best.

In this darkness you discover why you have come. It is simply another exercise in which practice makes perfect. Although an exercise of sound and fury signifying nothing, thru the abyss there is light and, you, a timeless traveler, passing through.