A series of articles devoted to living on the island of St. John in the Virgin Islands 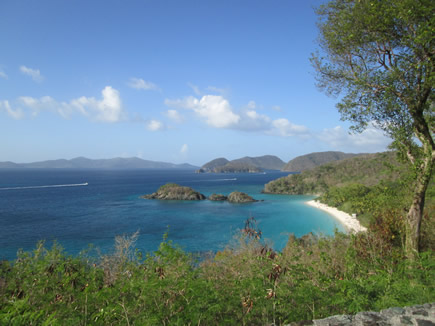 In mid-August of 2015, Kerryl and I made the leap to work and live in St. John, Virgin Islands. It may be no surprise to you that one of the most alluring features of our move was to escape the cold weather and snow. After both growing up in New Jersey, living in New York and retreating to Maine, we decided we had enough of snow and ice.

Last year, as our swan song, we spent a Valley Forge winter in Maine, where we counted fifteen snow storms (this tally came about putting together our snow plow bills). Around Christmas, both of us had cabin fever, suffered from lack of exercise, were sunlight deprived and, having become so batty, were singing, dancing and (fighting) to a Hawaiian Christmas song, "Mele Kalikimaka," at home and on Emden Pond, a nearby lake.