The New Jersey State Botanical Garden at Skylands is a rare gem in New Jersey, with its variety of flower and tree species, gorgeous landscape and a Manor House which, going together, complement each other in local history and beauty. Cherry trees, beeches, lilacs, crab apple trees, wildflowers, oaks – the garden is rich with a diversity of tree and plant species. This was the intention of Clarence McKenzie Lewis, an investment banker and a New York Botanical Garden trustee. When he bought the Skylands property in 1922, he wanted to revamp the estate into a botanical showplace. To this end, he recruited the leading landscape architect of his time, the firm Vitale and Geiffert, for this job.

Some of the trees in the NJBG are over a century old, and there are species that are native only to the NJBG which grow nowhere else, like the Skylands spruce, the Oriental spruce, and the climbing hydrangea, which are found on the outside walls of the Manor House.

It was a cloudy day when I visited the New Jersey Botanical Garden (NJBG), but not so cloudy that the lack of sunlight obscured the garden’s beauty. Putting up with a noisy mulch truck in the background, which was there grinding tree branches into mulch, I set out on the approximately 1½ hour tour with the Princeton Historical Society, a group of 31 people that was also visiting the garden.

Leading the tour was NJBG/Skylands Association volunteer Sonja Vieth. She lives in Ringwood, NJ, where the NJBG is located. NJBG is one of the lovely attractions in Ringwood State Park, which is nestled in the Ramapo Mountains.

The NJBG/Skylands Association is a non-profit group that works toward preservation of the garden and the Skylands Manor, and educates the public on these historic features. Volunteers replicate the garden blueprint Lewis had envisioned, planting the same species and trees Lewis had planted for the Botanical Garden.

The Skylands property was first owned by Francis Lynde Stetson, a high-flying New York attorney and a New York Botanical Garden trustee, who pieced together his property from farmsteads and named it Skylands Farms. Besides gardens, the Skylands property featured a nine-hole golf course, Stetson’s mansion and a functioning farm.

To design the Skylands property, Stetson entrusted the task to Samuel Parsons Jr., New York City parks commissioner and founder of the American Society of Landscape Architects. Parsons planned out the grounds, drainage systems and roads.

In 1922, Clarence McKenzie Lewis purchased Skylands. As I said before, Lewis envisioned the estate as a botanical showplace, travelling all over the state and abroad for three decades to bring the garden to life. He had Stetson’s mansion torn down and in its place had erected the current Manor House. 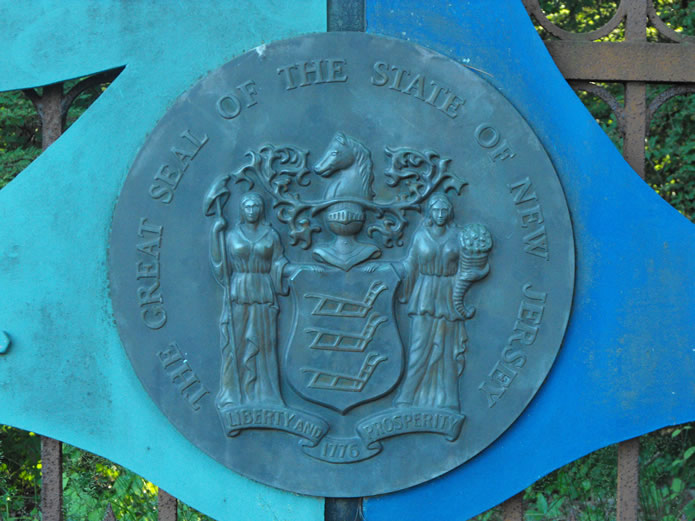 In 1966, the NJBG became the first property acquired under the NJ Department of Environmental Protection (DEP) Green Acres, which works to preserve open space all over New Jersey. In 1984, Governor Thomas Kean designated the central 96 acres surrounding the manor house as the state’s official botanical garden. It has been placed on the state and National Registers of Historical Places.

Each garden in the NJBG has highlighted trees and flower species, from the silver mountain bell tree (Halesia monticola) in the Azalea Garden, to over 100 different varieties of lilacs in the Lilac Garden. 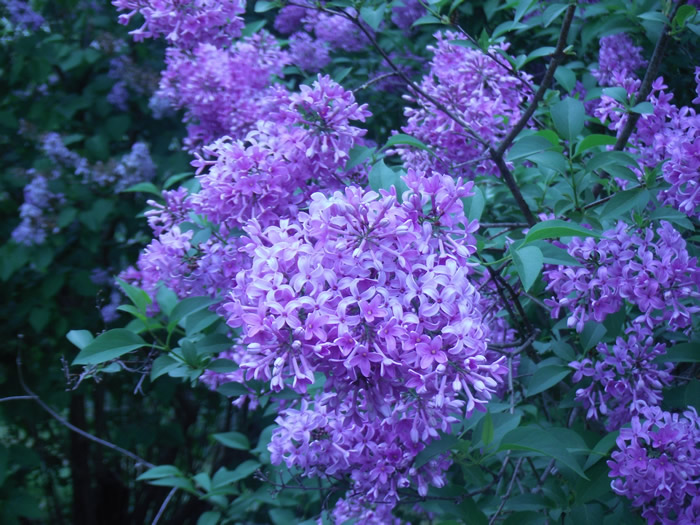 The tour kicked off by visiting the Winter Garden, located behind Skylands Manor, where the weeping beeches are located. One parent weeping beech tree, which had been cut down at the base of the trunk and fenced off to keep children out, had given offspring to a whole family of weeping beeches in this garden. 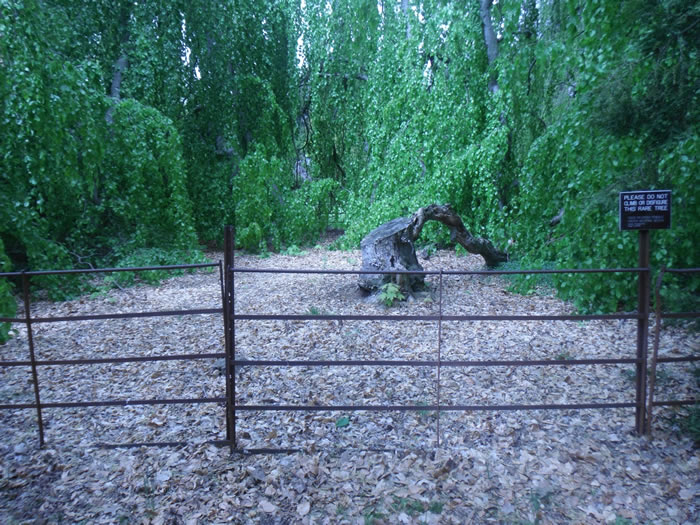 “His (Lewis’s) favorite thing was trees,” Vieth said. “Whenever he saw one on his travels, or he saw one in the catalogs, he said, ‘I’m taking one.’ That’s why there’s such a great variety of trees up here. He enjoyed them. And if it had the slightest chance of surviving in this area, he brought it and crossed his fingers. And most of the time, it worked.”

The Winter Garden is named as such because from his office, Lewis noticed the different shades of green –evergreens – of the trees here, Vieth said.

Developed by Lewis, the Skylands climbing hydrangeas scale the outside walls of the Manor House. The house itself was designed in the mid-1920’s by notable American architect John Russell Pope; however, the edifice was purposely created to look centuries old. Ripples were shaped into the Manor House’s rooftop for this reason.

The Octagonal Garden has all miniature and dwarf plants and features the Octagonal pool. The Magnolia Walk is a stretch of magnolia trees – native to the Carolinas – outside the breakfast room of the Manor House. Lewis planted the magnolias outside this room so scent can be carried to the room.

We also toured the famous crab apple allée, which features two long rows of trees that blossom pink at this time of the year. The rows extend from one end of the NJ Botanical Garden to the other end. 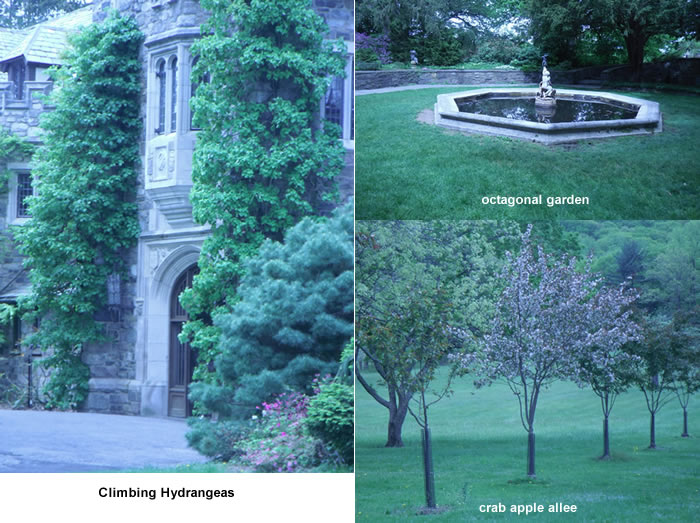 The tour leader of the Princeton Historical Society, Judy Marks, believed the tour was satisfactorily done.

“You always wish there was more detail, but it was well done,” she said.

Perhaps pictures aren’t enough to justify the beauty of the Botanical Garden. See for yourself what the gardens have to offer. Tours are held in the garden every Sunday at 2 p.m. Visitors can also go on a self-guiding tour with an information-rich pamphlet found at the Carriage House, where the tours start.

The NJ Botanical Garden is open every day from 8 a.m. to 8 p.m. Garden admission is always free. There is a $5 per car parking fee on summer weekends and holidays. Weekday parking is free.

Teresa Edmond is a journalist and poet living in North Jersey. Visit her blog, teresaedmond.com.