Why Is History so Important to our Community? 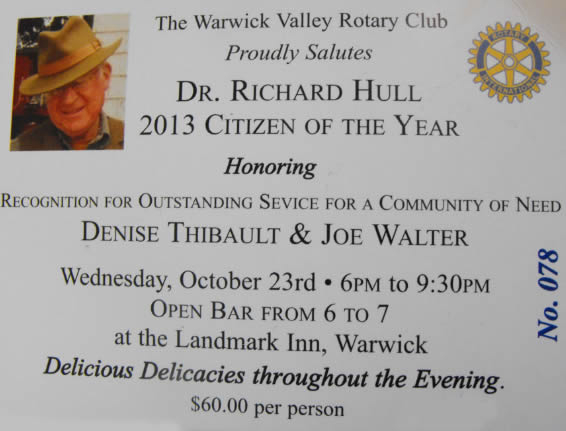 Naturally I am pleased and deeply honored to receive this Citizen of the Year Award. But I feel especially honored that it comes from a community organization that for many years has given its time, energy, and financial resources to building a stronger community and  when I speak of ‘community’ I’m referring not only to Warwick but to the literally hundreds of  communities regionally, nationally, and globally that are  the beneficiaries of Rotarian generosity and vision.

Since its founding in 1905 the Rotary Club has grown to include chapters in nearly every nation on earth and includes more than 1.2 million members.  I’ve given lectures to Rotarians in our country and in many countries of Africa and I can say that these good people are among the world’s most effective ambassadors of peace and goodwill.  By their example of outreach we in Warwick have come to think locally and to act globally and to  see ourselves as citizens of both the United States and of the wider community of nations.

Read more: Why Is History so Important to our Community?