Summer of Mushrooms and the Pursuit of Chanterelles

This summer I have been indulging myself in the world of mushrooms. I began the exploration in mid July when I noticed a mushroom on the ground just as I was considering what to do on our wooded land. The answer seemingly revealed itself to me in that instant – ‘go find mushrooms’ - and so I set out into the woods to see what I could learn.

My first few forays gave me a sense of the wide variety of ‘shrooms that reside on the forest floor. Wanting to learn more, I bought myself a mushroom identification guide and searched online for workshops that would aid me in this education. For the first time in my life, I felt I was entering the woods with a mission, arming myself with nothing more than a camera and a burning curiosity to know more about fungi.

Each time I went, I discovered something new in terms of mushrooms I had never seen. What fascinated me, even more than a successful identification, was how mushrooms compose themselves with other elements in nature – how they sit in leaves, grow on wood, pop out in ferns, nestle next to sticks, attach themselves to trees, and hang out and grow together as a family – with a kind of artistry worthy of a fine masterpiece.

Stumbling upon a mushroom workshop for beginning mycophiles on the internet, I realized this class  was located only several minutes from friends whom we had previous plans to visit before the mushroom obsession hit. Coincidentally that place, called the Eagle Hill Institute, also had a restaurant on its premises named Christopher's at Eagle Hill, where we had made dinner reservations a month prior. Great coincidence I thought or as Kerryl termed, a “mushroom miracle." 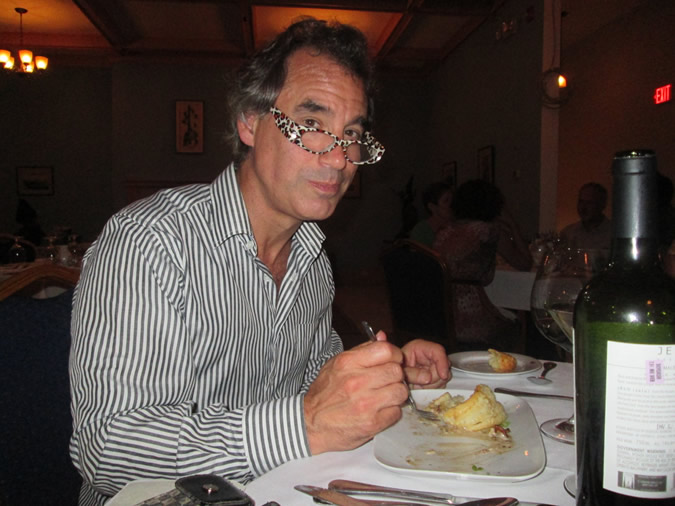 We never made the workshop, but before dinner, we were greeted by the director of the institute (also manager of the restaurant) that holds these special workshops and he said, “If you have orange mushrooms on your property, I will be there to remove all of them for you,” with an enthusiasm that really caught our attention. And guess what? They happened to have them on the menu.  Known as CHANTERELLES, they were served as an appetizer in a cream sauce with a phyllo dough. We ordered them and found them to be delicious, the first bite beginning our love affair with chanterelles.

One memorable experience occurred a couple days later at our friend’s home early morning when I went on a quest to find those special chanterelles. After spotting a patch at the onset of my exploration, somehow I was convinced that there were plenty more if I just went deeper into the woods. Feeling a little like an underwater diver entering unchartered territory, I plumbed the wooded depths, coming across all kinds of interesting and sacred places, caught in the spell of plush greenery, until I realized I was completely lost. 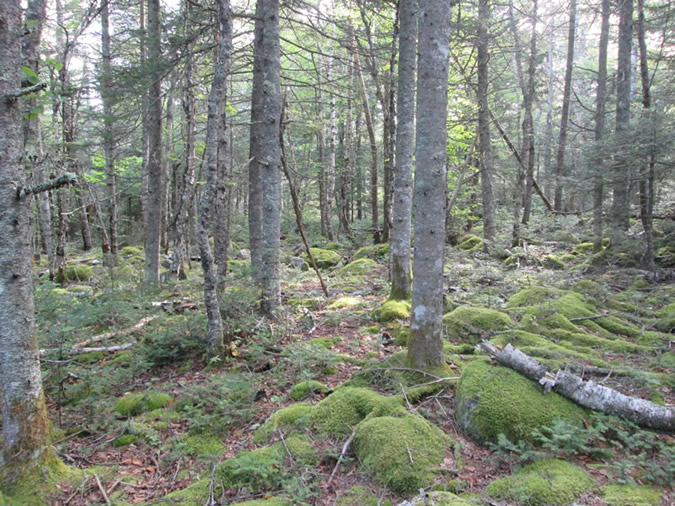 Yes, it was scary, seeing nothing but woods and having lost all sense of direction. At the same time, I would never have discovered untrodden places nor such a full spectrum of mushrooms. After about an hour and a half of trying to make my way out, I was set free, thanks to the ongoing sound of the motor of a truck on a distant roadside that I followed with my ears.

Although now relieved, I was disappointed that I had not found another chanterelle along this journey. Then, all of a sudden, I looked down, and I saw the unmistakable orange mushroom that led me to several more lying nearby which opened up into a small field of chanterelles.  I gave out a whoop and picked them like flowers, bringing them home with a victory smile. That evening, I cooked them up for the first time and ate them with Kerryl and friends as they let me know I was going to take the first bite.

Needless to say, we were all giddy and happy, living to see the next day with no psychedelic or side effects.

I’ve continued to delve into the woods, seeking out the alluring chanterelles while embracing the numerous varieties of mushrooms and all of their magic.

Another but not final miracle in the world of mushrooms, Kerryl and I have discovered our own family of chanterelles growing amongst the evergreens just beyond our front door. 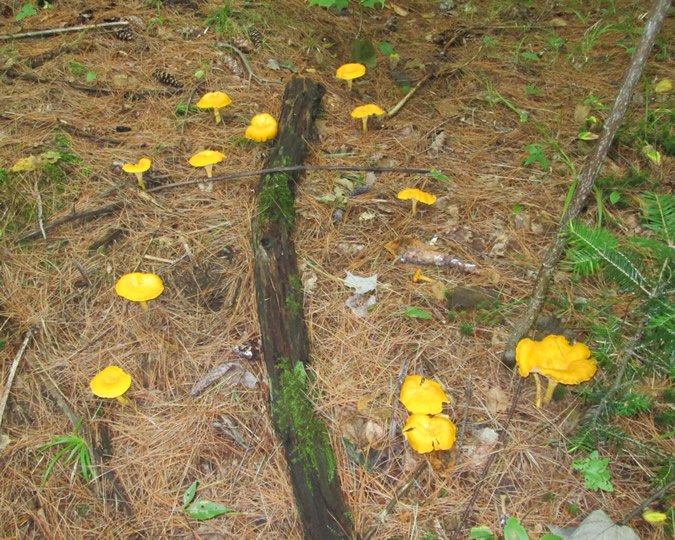