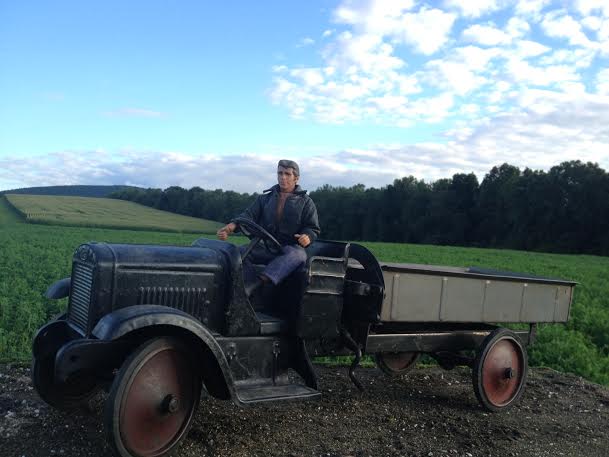 Over the years, I have found these toys at yard sales, antique stores, toy shows and expos and on eBay.  I have learned that before anyone seriously endeavors to start a collection of any kind, it is of primary importance to research, research, and research. There are any number of books and sources of information. My primary intent was to catalog my collection for insurance purposes. Short of photographing them in a sterile setting, I sought out interesting backdrops and through the use of forced perspective and my IPhone 4s I got these tableaus, none of which took more than ten minutes at most. 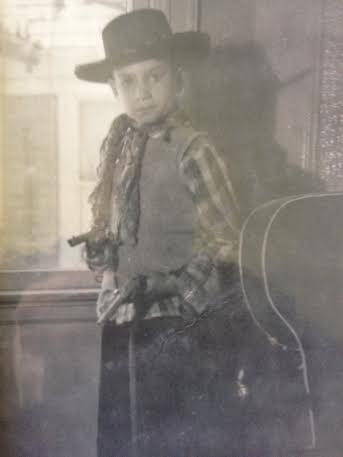 Most of these toys are "as found" with honest play wear which is how they should remain.  Some though, were so damaged and rusted that they had to be restored. I bought very few that were restored but they were rare enough and redone professionally and a few I did myself with the help of master metalsmith, automobile restorer and luthier, Mike Baglione. Now that I have photographed them, I am gradually and a bit reluctantly coming to the mind-set that they have served their purpose in my life. I have enjoyed looking at them on the shelves that I have built for them and have kept them in good condition for the next person and since they have been so interestingly captured in photographs my job as a conservator is complete. 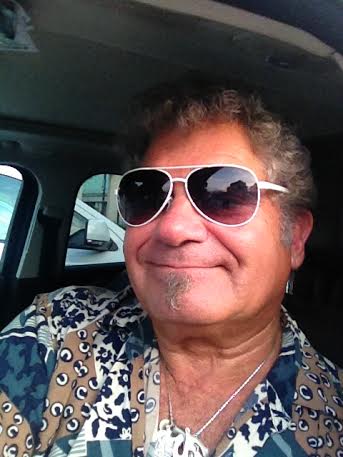 About Marty Kupersmith: I have been a Warwickian since 1980 when my then wife and I found an abandoned shack off of Cascade Road. I am Brooklyn born and bred and an original member of 60's and 70's rock group, Jay and the Americans. We have recently re-formed and if you look on our website (www.jayandtheamericans.net) you can see where we have been and will be performing. Aside from my being a collector of things that turn me on, I am also a herpetophile having had a love for scaly critters since early boyhood. This has led me to being known by some as "the snake man.” I am listed with the DEC as a rattlesnake responder and am called by police and other individuals to rescue them from the timber rattlesnake...mostly, I rescue the snakes and repatriate them a little closer to their individual den-site. This has given me the satisfaction of knowing that I have educated some folks to the point that they are no longer deathly afraid of these denizens of our forests.